Join Date: Jun 2017
Posts: 130
Garage
Paper water shields
Hey everyone, what kind of adhesive do I use to install the paper water shield to the inside door before the door panel goes on. I remember it being black and sticky.
tday815518 is offline
Quote Quick Reply
post #2 of 14 (permalink) Old Sep 17th, 19, 7:07 PM
Jim Streib
Senior Tech Team 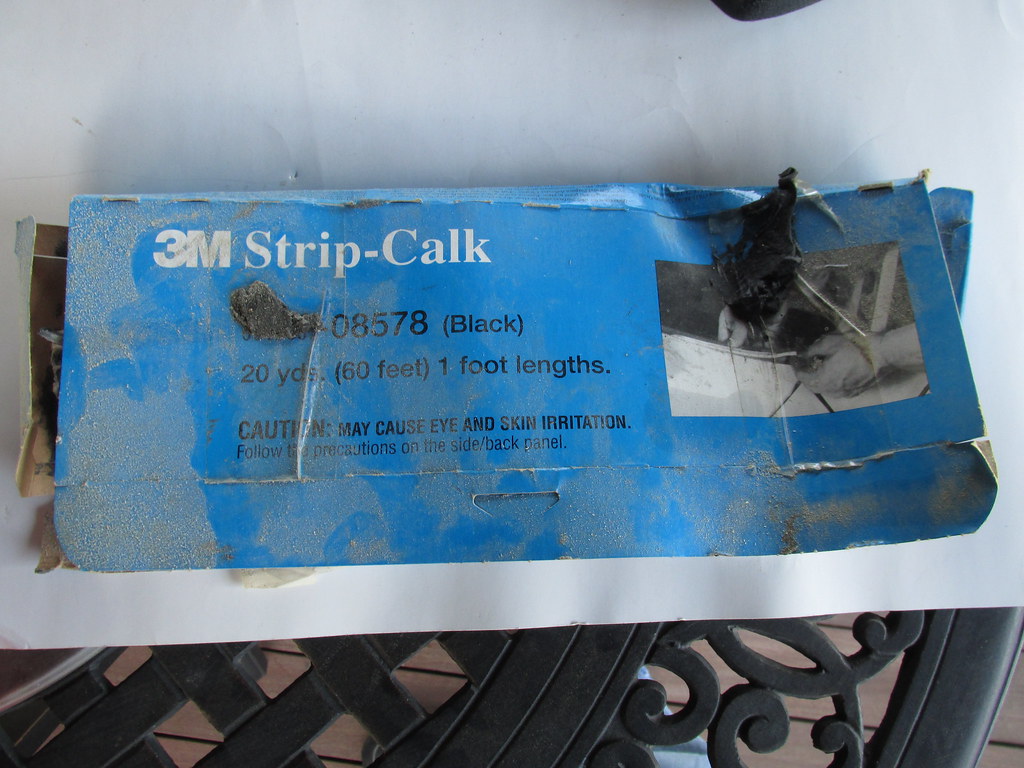 Jim
LeoP and davewho1 like this.
Always working on something:
To view links or images in signatures your post count must be 0 or greater. You currently have 0 posts.

Get yourself some thin plastic sheeting (visqueen) and attach it to the door panels with double sided tape for another layer of protection. As you know, water will absolutely destroy the pressboard panels.
SSJohn is offline
Quote Quick Reply
post #6 of 14 (permalink) Old Sep 18th, 19, 6:46 PM
Cal Malibu
Lifetime Premium Member


Join Date: Sep 2009
Location: Parker, Colorado
Posts: 1,208
Re: Paper water shields
Use plastic and 3M strip caulk. Works great. Toss in some Dynamat while you're in there.
"If you're not living on the edge, you're taking up too much space" - Jim Whittaker

New oil is cheaper than new parts
To view links or images in signatures your post count must be 0 or greater. You currently have 0 posts.


Join Date: Apr 2006
Location: OR
Posts: 1,486
Re: Paper water shields
Not to be contrarian, but here is my experience with the water shields behind the door and rear window panels: I've never had them.

I bought a 1972 Cutlass in 1992 and did a pragmatic restoration on it (got it running and working). I had the door panels on and off several times and there never were any water shields. The panels were in excellent shape. I drove that car as my daily for more than a decade, coast to coast, border to border, in the rain and snow, and the only time it was in a garage was for a few months during a Chicago winter. Other than that, it was driven regularly in rain, including several downpours, and when parked it sat in that rain. I had the door panels off once about 8 or 9 years after first buying it to adjust the windows. Still no water shields, and the insides of the doors were rust free and the door panels completely undamaged. It's not that I was trying to save money, it's just that the car didn't have water shields when I bought it and took it apart, so I didn't speculate that it needed them. I didn't know, and this was far before Internet sites like this one. After I sold the car to a family member, I helped with a second restoration and the doors were still free of rust and the interior door panels straight and intact.

I now have a 1969 Chevelle as my daily that I bought in 2006. I've had the door panels off twice, once a couple years after I bought it to adjust window fit, and again about eight years later when trying to minimize window rattle. This car also came without water shields, and while I do now have it garaged, I live in Oregon and it's seen its fair share of rain and downpours. The doors are still rust free and the interior panels still look like new. I did have the back interior panels off last November and the insides looked fine, and, as the front, the interior panels still look like new.

Taking my experiences with two cars over two decades over several thousands of miles and varying climates, and comparing them to other reports, those water shields may instead attract moisture, retain or trap it, and cause damage to panels they're supposed to protect. Maybe, maybe not. That's just a hindsight speculation, one that would be difficult to prove or disprove without controlled factors.

When I sold the Cutlass, it was run down but free of rust. I saw it a year later after it had been under a tarp and there was surface rust starting all over -- on the convertible rails, the air cleaner, the trunk, etc. I have a theory that even though I drove (and drive) these cars in all kinds of weather, I never let them sit in that weather for more than a little while. I believe that driving them often "airs" them out and prevents a lot of water damage and rust. For a hobby car that gets driven every once in while, washed, and sits for the rest of the time, maybe water shields are a good idea. I don't know. Take it for what it's worth.
658Chevy is offline
Quote Quick Reply
post #13 of 14 (permalink) Old Sep 21st, 19, 2:10 AM
68blkchev
Tech Team
Beni


Join Date: Jun 2018
Location: Minnesota
Posts: 44
I just recently went through this with my '68 Chevelle. I used thick plastic sheeting that I had laying around. I used the old paper water shields as a template to cut the new ones out. I used butyl rubber sealant tape from Home depot. $5 for a 40' roll it's inexpensive and seemed to do its job.
68blkchev is offline
Quote Quick Reply
post #14 of 14 (permalink) Old Sep 21st, 19, 9:09 AM
boyd66k20
Tech Team


Join Date: Sep 2010
Location: colorado
Posts: 957
Garage
Re: Paper water shields
Speaking about vapor barriers, the code here on homes did away with the visqueen inside vapor barrier. You know, the one tacked to the interior of the house studs. Since most homes are air conditioned, they figured if the cold air on the inside of the home hits the hotter air in the wall from outside, moisture develops in the wall. As a mason for many years, code was to put tar paper (felt) on the exterior of the houses and the wall breathed to the inside. Then the interior visqueen idea came along and they did both. That didn't allow the wall to breathe. Then the code changed again and they did away with the tar paper.
Today, it's only the house wrap (Tyvek) on the outside and this allows the wall to breathe to the outside and keeps the moisture from coming in from outside. I supose the cold a/c air can also move through the wall and Tyvek to the outside as well because the TYvek allows this transition.
So I wonder how this applies to the paper on the inside of the doors or if folks put plastic there, is it a moisture trap as well? You'd think the air going in and round the interior parts would be enough to keep it moisture free.
Just wanted to mention it. I like the idea of putting the Tyvek behind the door pannels and allowing the compartment to transition air back and forth.
66 SS-396/425 - M22 -3:73 -12 bolt
USN-SSBN 645-G
boyd66k20 is offline
Quote Quick Reply